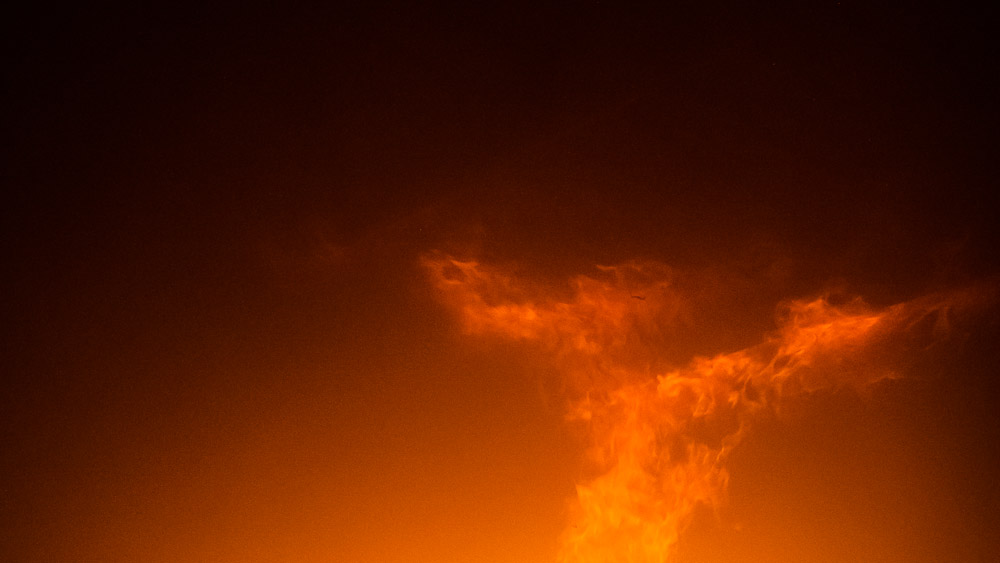 Last weekend at we had a chance to burn down an old cottage that was to be demolished. We try to get at least one exercise like this each year, if only possible as the chance to exercise with live fire is always beneficial. And for the umpteenth time, I also had my camera along to document the exercise and fire. This time I also brought along my GoPro to shoot a timelapse of it all.

I started shooting the timelapse from the lake side where we would be entering the cottage from to put it out and relight it. In the timelapse about half of the footage was shot from this side during the time when we went in and put out the fire to practice that aspect of our work. We started out in the right hand side of the building, then later moved to do a couple of runs in the left hand side while the right side was already burning quite strongly.

Once we stopped practicing and proceeded to burn down the cottage in a controlled fashion, the camera was moved to be next to one of our fire trucks. My unit left the scene was the controlled burn was nearing the final stages, so the timelapse doesn’t continue to the complete end. You can see the video below:

Yours truly can be spotted in several frames as the firefighter with a beard and possibly carrying a DSLR. I shot several photographs inside the cottage while it was burning and outside during the controlled burn. I will be processing the images shortly and publishing them as well. While waiting for them, you can always go and see pictures from older live fire exercises in our gallery.

2 thoughts on “Burning down a house – a timelapse”