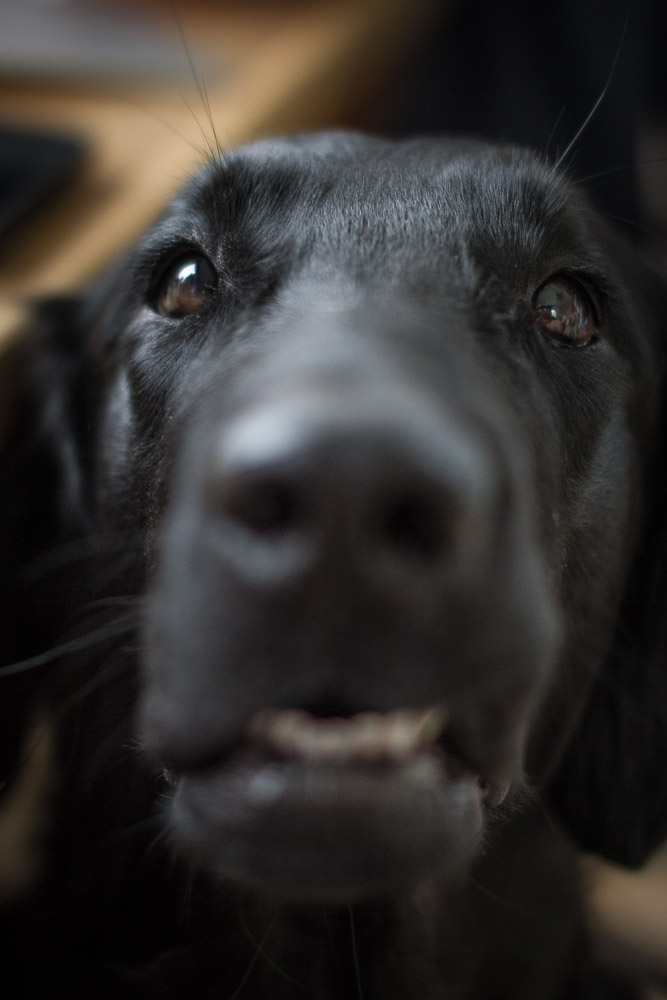 I’ve had the Sigma 50mm/1.4 for a year and a half now and have spent much too little time with it. However, I did get it for a specific reason – too bad I haven’t been following up on the plan that I had. And this post is one that has been waiting for quite some time to be written.

In June of last summer I took a series of stacked photographs of Topi (stacked as in standing in a formal show ring pose) after he got placed quite high. When looking at the photographs on the computer on noticed horrendous chromatic aberration that the 50mm had caused. See below for a 1:1 crop as an example:

However, based on DPReview’s review of the lens, this shouldn’t have been a surprise for me since they have quite clearly noticed it:

However the appearance of magenta central CA at F2 indicates that the plane of best focus has shifted slightly to the rear at this aperture compared to F1.4, a symptom of residual uncorrected spherical aberration.

The photograph was taken at exactly F2 and shows some slight focusing issues (that I thought I had already solved). Since I haven’t noticed significant CA in other photographs that I have taken with the lens (and looking at Lightroom statistics last year I took about 800 photographs with it) it appears that F2 is an aperture worth avoiding – at least with an APS-C sized sensor.

Luckily though, Lightroom’s lens profile corrections and specifically the chromatic aberration portion of it help remove the issue completely. Here is a 1:1 sample after the CA correction has been turned on in Lightroom and slightly fine-tuned:

And yes, I still love the boked that the lens provides when fully open…