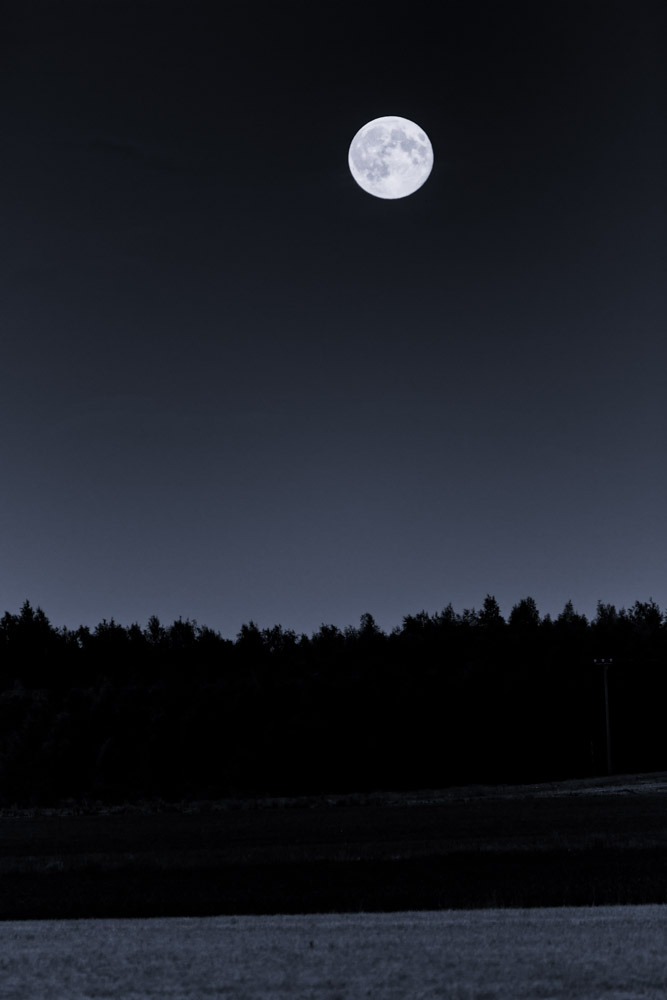 I scoped out several potential spots to photograph the super moon and finally selected a ferry point with a good view to the south south-west and south. When the specified time for moonrise passed by and I didn’t see a moon anywhere, I started to get worried. Around the time when the moon was supposed to be at its largest it slowly started to appear through the haze.

A few more photographs from the ferry point with a sunset colored moon and I decided to head home. On the opposite side of the horizon, we had a spectacular sunset going on. On the way home I noticed that the moon had risen high enough to get over the trees and made the leading image to the post. By staying home I would have avoided slipping on the rocksâ€¦

P.S. The leading image was finalized in Silver Efex after work in Lightroom.