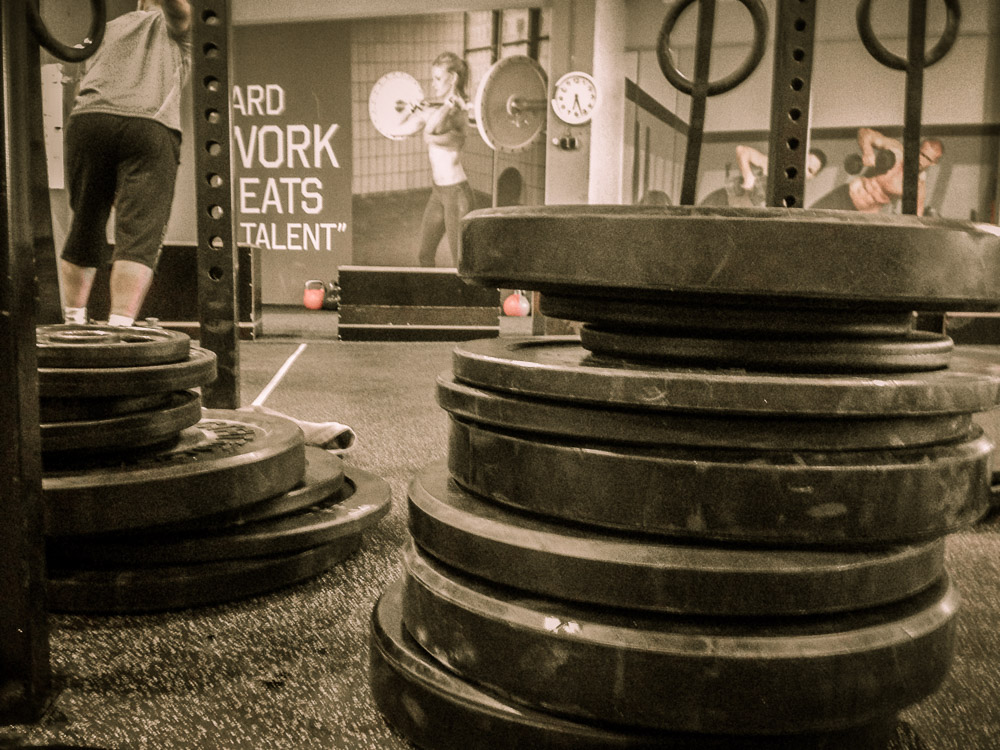 Yesterday marked the one year anniversary of my first CrossFit on-ramp session. Sure, I had some exposure to CrossFit and the workout from earlier and had even tried to do some on my own at the fire station. I have to admit that I was somewhat nervous when the first session started. After all, I had no idea how I would cope and survive.

While the first four weeks of the on-ramp were times of sweaty exertion in the classes and suffering from muscle fatigue and pain in the times between, I very quickly knew that I was hooked. I have never been one to embrace routine or enjoy safety in doing what I know. The reason why I work in IT is that I love the challenge of creating something new and continuously learning. CrossFit is a fitness paradigm that very well fits my interest in continuous learning and skill progression.

So, what have I gained during my first year?

As any true geek, in addition to going to classes I have immersed myself in the world of CrossFit by reading about in online. Partly to learn new skills (hello YouTube) and partly to study nutrition, my body, understand programming etc. What struck me quickly from reading articles from around the world was the emphasis on community. I never would have thought it possible, but there is a strong community at our box as well. Even among us strong and silent Finns. And of course, doing a grinding WOD is always easier when there are others experiencing exactly the same around you.

My very first exposure (as I have previously written) was with Fran (21-15-9 of 43kg thrusters and pull-ups). Fran is infamous in the community for very good reason. Whatever your skill-level is, it is a burner. The first time I tried it a year and a half ago, I could barely complete three thrusters and three pull-ups. I finally had the courage to try it out right after new years. My time? 9:10, thanks for asking. At least it was under my goal and I managed to do it RX’d.

I already know from my reading that typically the first year is easy since almost every time at the box leads to a new PR and the second (or following) year is harder because progress is slower. I have set many a goal for myself, most of them cautiously realistic and doable. I also know myself well enough to know that as long as I feel progress even if I do not reach my goals I will not be devastated. Stagnation is what I fear and at the time age should not be a limiting factor to my progress.

As for my goals? Well, by the beginning of June I should be able to deadlift two times my bodyweight (BW), squat 1.5xBW, and move my body weight from ground to overhead. Skillwise I should have double unders quite well mastered by then as well as managing at least one muscle-up. Once we get to summer lets see what else will be added to my goals for the year. Most of all, I want to keep enjoying moving as much as I do now and continue staying injury free.

So, those are some of the thoughts I have had after my first year of CrossFit. And how did I celebrate my anniversary? By going to the box and doing a WOD, of course. :)

Disclaimer: At the time that I started I had no idea that the gym I go to was not an official affiliate. Finland had a conflicting licensing issue and only in the end of 2014 was it resolved to CrossFit Inc’s benefit and the gym I go to is no longer in any way licensed to use the term CrossFit in their marketing. But as an athlete I will continue to claim CrossFit as my sport wherever I do the workouts: at home, the fire station or any other gym. And honestly, even if our city had an official affiliate (which we don’t at the moment) – our current coach is excellent in coaching weightlifting as he has competed in powerlifting at a high level.