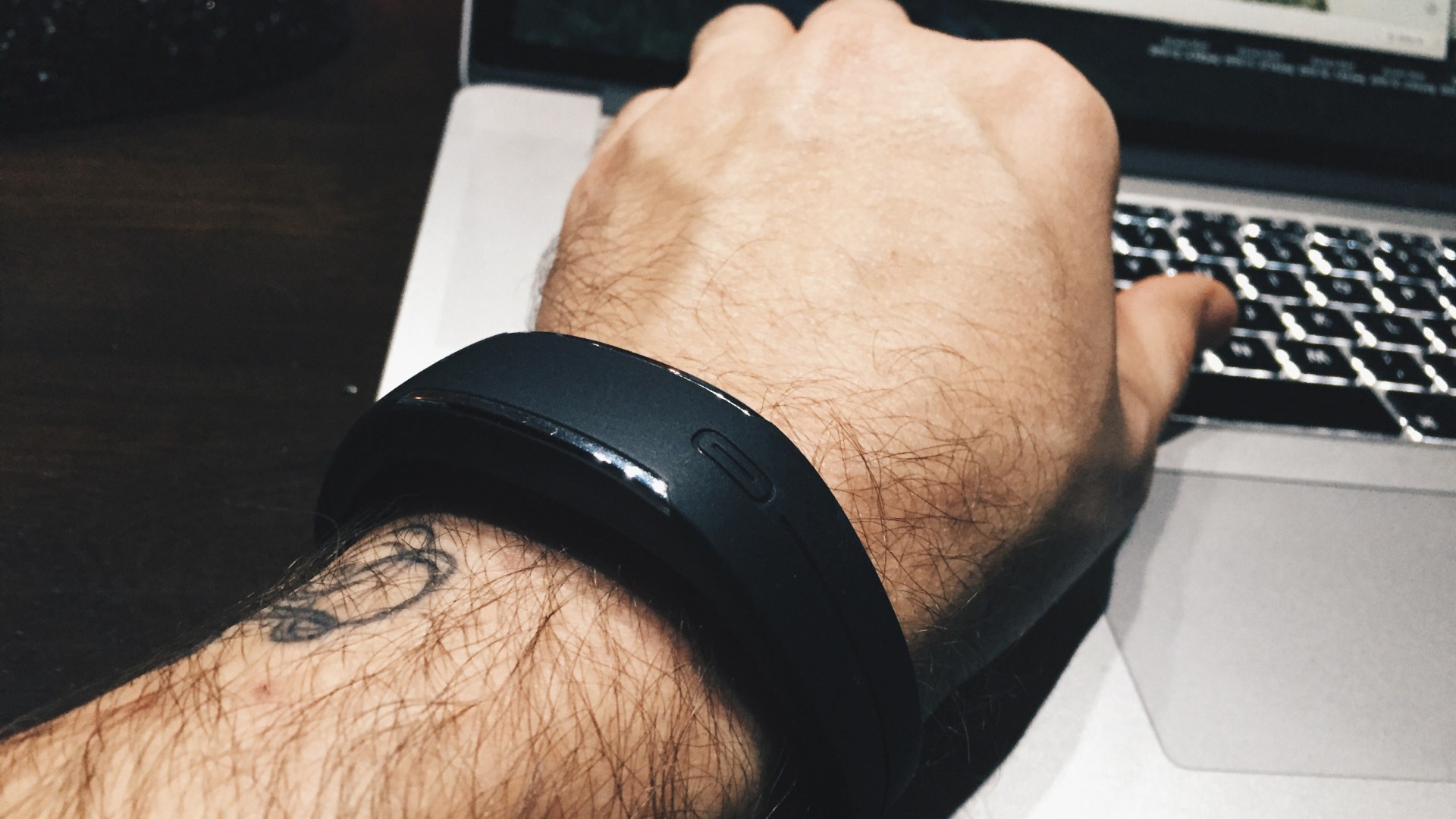 Our life insurance provider started a pilot program in this region in which participants are given Polar Loop activity monitors and they had to accept that a service that their monitor is hooked up to will send some anonymous data regarding activity etc. to the provider. As you can imagine, a little data geek like me was willing to be a guinea pig.

I’ve now spent a bit over a week with the device and will offer some initial impressions of how well I feel it functions as an activity monitor for someone who is quite active. A typical week for me is 4-5 CrossFit workouts, an hour of badminton and walking the dogs every day.

That’s what my first week looked like after syncing the Loop with the Polar Flow web app. The only workout it recognised was when I used my Wahoo HR band while filming the workout below. The only days in which I managed to achieve my activity goal were days when I didn’t go walk the dogs (I was on call for the fire department) and did an hour or so of raking. Plus that ten minute workout…

Even adding all of my workouts manually into the Flow app didn’t improve my scores in any way (see below). Even after adding estimated calorie counts to the workouts (from other apps as Flow does not estimate calorie consumption) there was no change in the activity levels.

Quite apparently without any HR input, the Loop is woefully inadequate in recognising any other activities other than walking and running. And because for some reason most of the time I’ve tested it, it doesn’t want to talk to my Wahoo HR it means that my workouts are completely misidentified. For example, in the activity chart below the circled time was spent doing 12 500m sprints on a Concept2 rower with 30s rest between sprints while maintaining a pace of 1:46/500m. Which is not exactly a slow pace. And Loop thinks I was standing (at least it’s better than sitting)… And apparently I take naps during my workday.

Based on my first week (and subsequent weeks since I lost the first three drafts of this post) as a standalone device the Polar Loop gives a fairly active CrossFitter no valuable data whatsoever. Or wait – it does give something. It tells me what I already know: I don’t sleep enough.

Sure, as a part of the pilot program I agreed to wear the Polar Loop for six months and will continue to do so. Unless of course I get a better product that would provide more meaningful data but at the same time manage to sync my activity to the back-end systems used by our insurance provider. But as such most of the data it collects does not really give me any extra value. Of course when it happens to communicate with my Wahoo HR band, the HR data in Flow is quite good.

This doesn’t mean that I consider the Polar Loop a totally useless product. I’ve been following someone wearing for about a year now and the motivation it gives them to move a bit more to achieve 100% activity is clearly a good thing. In fact, for many people who live mostly sedentary lives the gamification in the UI and the little extra incentive it gives can quite probably make a significant impact on their lives and health. But for someone who is already fairly active and just doesn’t happen to run all that much, the data it collects without a HR band doesn’t really say anything.

Honestly though, the geek in me would love to test the new activity band with wrist based HR monitoring from Polar to see if it works any better. But I surely won’t be investing any of my own money to test it.