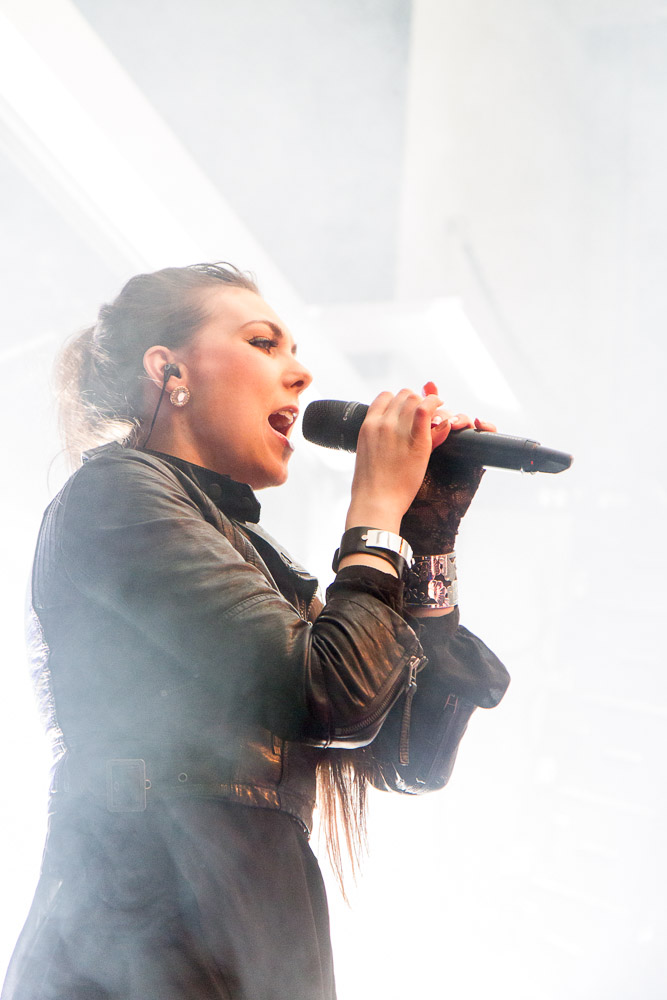 Sweden’s metallers Amaranthe finally made it all the way to Eastern Finland in support of their new album The Nexus. Amaranthe is one of those bands that metalheads without a sense of humour love to hate going as far as describing them as E-Type metal. Admittedly, when I first saw the video for Hunger from their first album associations to E-Type came easily, but the backbone of the Gothenburg sound was also easily heard. Keep reading for more thoughts and photographs, but also check out our full gallery of photographs from the gig.

While the sound is definitely pop-metal, the use of three differently styled vocalists combined to the catchy and mainly happy songs is a good combination. And the fact that the whole band can pull off a live gig without any issues in vocal harmonies is a testament to the amount of skill on stage.

To me Amaranthe has always been a refreshing burst of positivity in my Gothenburg playlist among all of the various death metal acts from Southern Sweden and of course Evergrey. And Amaranthe has its own connections to the Gothenburg scene.

The challenge in photographing Amaranthe came from the fact of having three vocalists on stage who moved around actively and had to be captured every now and then all in one frame when they were signing harmonies. It was a refreshing challenge and great gig to photograph since they really interacted with the crowd and photographers.

And, it was the first gig that I have ever seen in which hearts are made on stage and in the crowd :)

I wasn’t the only photographer present, Rami Saarikorpi was there shooting several 360 panoramas of the gig (you can spot me in most of them, just look for the camera and Evergrey shirt). The following two photographs are taken at about the same time that two of the panoramas were made from.