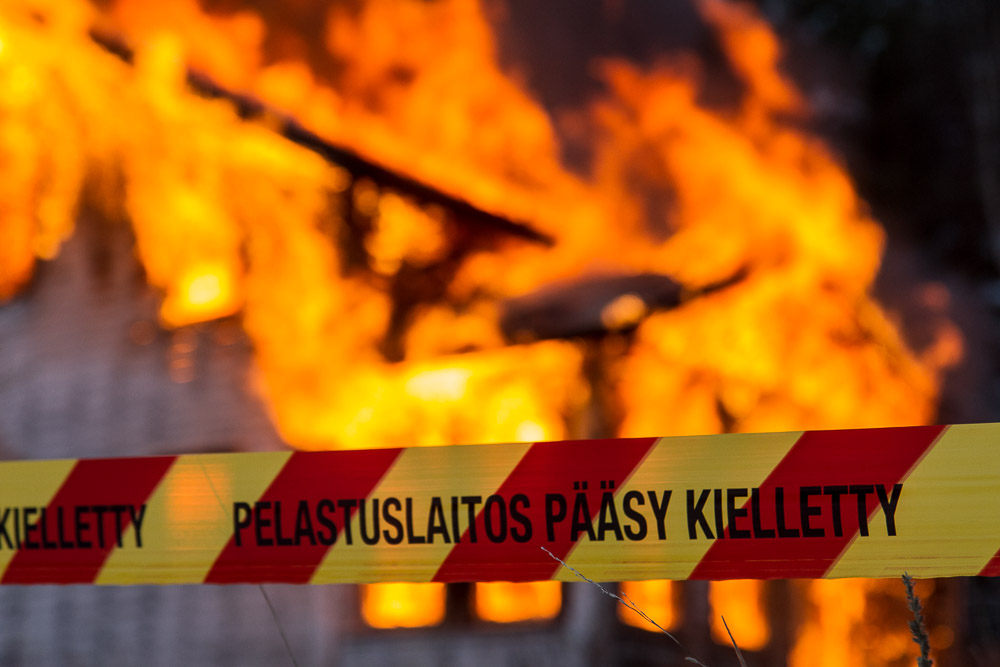 This has been a peculiar year as we’ve had the opportunity to have two live fire exercises followed by controlled burns of the buildings once we are done exercising. The house this time was a traditional post-war single family home that often has livable areas in the basement and top floor but they could be initially left unfinished.

We only used the ground floor during our exercise since the second floor was much too open to burn in a controlled fashion. The basement was left untouched due to safety concerns.

I also had a GoPro attached to my helmet, but our first attack (in which I was participating and not photographing) was so hot that my helmet and the GoPro housing took quite a bit of damage. The fact that it was so hot also meant that I got about five seconds of usable footage before the world went dark from smoke. If nothing else, that footage can serve as an excellent example of what the reality of entering a burning building is like when compared to what is seen in movies and TV.